The light of the new day began to shine on Jutiapa, dissipating shadows of confusion and pain with the warmth of the sun, which energetically began its ascent over the sky. The birds began to sing in their nests. The flowers to spread their scent. The cold wind of the morning moved the branches of the trees and the neighborhood rooster filled the environment with its song. It seemed that the sunlight enveloped everything it touched; inviting each person who was preparing to go to work to feel the perfection of the new day in their heart. 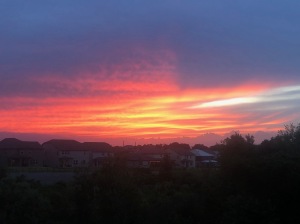 Manuel felt the need to go to the house of the child that Alondra had attacked before going to work. So, he got up in a hurry and left before Hilda woke up. Manuel spoke with the boy’s father, who received him in a friendly way. They talked for a while and resolved the situation without any complication for Alondra. But the child’s mother’s attitude was rough and harsh towards Manuel, she also refused to allow Hilda and Alondra to come to her house to ask for forgiveness. The boy’s mother expressed that she would not do anything against Alondra, on the condition that she was never close to her son again.

Manuel returned home and told Hilda everything that had happened, then he went to work. Hilda went with Lark to school, to make sure that everything was okay and that no one would hurt the little girl. The schoolteachers had already found out what had happened. So, Alondra was sent directly to the principal’s office. As a result of what Alondra did to the boy, she was expelled from school.

Hilda thought that Alondra’s expulsion had been too harsh a punishment, considering that the little girl was teased ever since she had returned to school again. That dire day was one of the worst in Alondra’s life, since it would forever mark her destiny.

It was already night when Manuel returned home. Hilda told him how cruelly Alondra was expelled, since they prevented her from entering the school. A teacher was waiting for her at the front door blocking the entrance with her open arms and simply said, “Go to the principal’s office.” In the principal’s office, they already had all the registration papers in a folder. They handed them to Hilda saying, “Alondra was expelled and we hope she never returns to this school.”

Manuel was a merchant and frequently traveled to other towns to sell his products at local fairs and often stayed away from home for several days. Hilda suggested that the best thing for Alondra would be to accompany Manuel on all the trips he would take for the rest of the year, so that the little girl would stay away from the townspeople for a while. Alondra had never left Jutiapa. When she heard Hilda’s idea, she was excited because it would give her the opportunity to see other places. That emotion of happiness that she felt brought joy back to her heart.

Manuel was a man of few words, hard-working, responsible in family matters, he cared for his family and loved his wife. But despite the love he felt for his family, when Manuel left Jutiapa to sell his products at fairs in other towns, he usually allowed himself to be enveloped by the atmosphere of music, fun games, and unlimited gambling.

Manuel liked to consume alcoholic beverages and seek the company of other women. He was always looking for adventures that would help him raise his adrenaline and, on many occasions, he participated in fights with other men because of a married woman. In one of those adventures, Manuel conceived little Alondra and from then on, he had never left her unprotected. He visited her frequently and left money for everything Alondra might need.

There were many thoughts that filled Manuel’s head at that moment, as he tried to decide. Then Hilda asked him, “What do you decide? Do you accept my suggestion? “

Hilda’s voice made him react, moving his head towards Alondra to watch her. When he saw his

daughter’s face light up again with a smile, Manuel thought that Hilda’s idea would work, so he immediately accepted. However, as he took out the pack of cigarettes that he carried in his shirt pocket, walked to the street, and began to smoke; he letting his thoughts wander, thinking, how would his behavior be from then on outside of Jutiapa with Alondra accompanying him on all his travels? …