Ebenezer made a mental list of the visits he would make and while walking down the street, he met three men who a few days earlier had asked for a donation for the shelters of the town that protected the homeless, the elderly and orphans throughout the year. The three men, facing Ebenezer, ignored him and continued walking. Then Ebenezer turned around, raising his right hand, shouted at them, “Gentlemen, I would like to talk with you for a moment.” The three men stopped and looking into each other’s eyes, nodding their heads as to say okay.

“A few days ago, you approached me, asking for a donation in favor of nursing homes for those in need, and I treated you in a disrespectful and impertinent way. I apologize and want to offer you a deal; I am willing to make a generous donation for those in need, but as a businessman I also want to invest in their facilities and adapt them in such a way that in addition to being a refuge they can be workplaces where people who can and want to do so, work packing some of the products that my company distributes and they will receive the established salary for that work. That way they can have their own income that will help them improve their standard of living. I also want to offer the teaching of some trades that people can learn so that they become self-sufficient as they are willing to learn and work. Together we can improve the standard of living within the homes in favor of those in need, but remember that the money that is not invested to produce profits ends and I cannot distribute everything I have, because if I do it very soon I will also end up in the street looking for a place to take refuge. If you are interested in my proposal, I will wait for you tomorrow in my office to discuss it and I will have your first donation check ready, waiting for you.”

The three men were stunned, incredulous at what they heard. One of them thought, “What do I hear? Is this the same miserable and unscrupulous Ebenezer?” The second man thought, “Ebenezer surely wants to turn everyone in need into his slaves, to enlarge his company.” The third man smiled and extending his hand to Ebenezer said, “I think it is a very interesting proposal, we will be happy to visit you tomorrow in your office to discuss your project and I want to thank you in advance for your donation. We all wish you a very Merry Christmas.” Ebenezer responded by squeezing the third man’s hand and smiling, he said, “Thank you for listening to me and I hope you give me the opportunity to rectify my mistakes through a generation of jobs, see you tomorrow in my office.”

The three men walked away talking to each other and Ebenezer continued walking until he reached the gift shop. When he entered the store, all the people were silent for a moment, amazed to witness his arrival, because Ebenezer’s reputation for greed was well known to everyone. Taking advantage of the silence that his presence caused in the store Ebenezer told them, “Good morning to all of you and I wish you a very Merry Christmas, prosperity in your homes, health in your bodies and may God bless you all.” Then with a strong voice, but cheerful voice, he asked, “Who can help me? To choose the gifts I need! This is my first time in the store. I have no experience selecting what I am going to give to each of my friends and family so I need the help of someone who can advise me about what I should buy.” 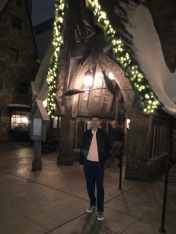 Ebenezer’s heart was pounding and his whole body was wrapped in a warm sensation, which at times bristled his skin, but made him feel happy. He imagined the face of surprise that his relatives and friends would all put on receiving their gifts. He felt immense satisfaction with the feeling his spirit was giving him. That was an emotion that had fallen asleep through time. The wonder he produced on other people’s faces was not compared to the joy he experienced, not for the money he was spending, but for the satisfaction of knowing he had the resources to do so. Because after all, each person offers what they have and can give away. At that time Ebenezer wished that all people could have something to give away and that they wouldn’t care if they didn’t have money to buy; Since the spirits had taught him that the best gifts come from the heart and not

from a person’s pocket or bank account. That is why Ebenezer was giving smiles to everyone, even to those who criticized him for what he was doing. Some criticized him saying, “This greedy man went crazy, and is trying to buy the entire store.” But Ebenezer did not pay attention to them, because he knew that the comments of people who do not know you, should not hurt your feelings. Then he told a saleswoman, “Do you have chocolates? Many chocolates! Because if you do, I want you to give it to each person inside the store so they can feel the sweet sensation of chocolate for a brief moment just like Christmas, which lasts only twenty-four hours. That is why we must take advantage of our time sharing with the beings we love, without wasting a moment watching or criticizing other people.”

Ebenezer instructed that all gifts be distributed and delivered from that moment; He wanted the gifts to be received by their owners before he visited them. After leaving the store, Ebenezer walked to the bridge where a man was, with his family protecting themselves from the weather 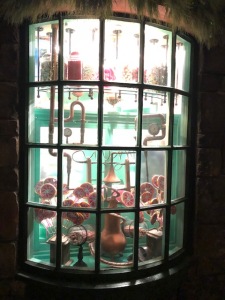 and suffering from hunger. Ebenezer wanted to have a conversation with that man and in advance decided not to judge, nor criticize the circumstances under which he was brought into his currently living situation with his family. Ebenezer’s goal was to offer help in a selfless way and to correct his own imprudence when he said that, “Nobody is obliged to help others and that it was not his responsibility to take care of the poor and needy because to do that, there were shelters and asylum houses that were held of taxes. ” Ebenezer being a cultured and intellectually prepared man in the business world. He knew with certainty that no one is obliged to help anyone and that the responsibility of seeking economic stability and material or spiritual prosperity is up to each individual to be self-sufficient in themselves. But now, he also knew, thanks to the Christmas Spirits, that if you possess economic assets and the right desire, you can help others by increasing each person’s productivity through the development of a technical career or trade, through which you can improve your lifestyle. Sometimes people just need a little push to start fending for themselves. 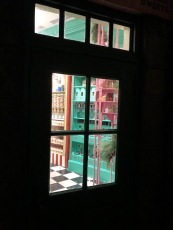 While walking in the direction of the bridge, Ebenezer stepped near a puddle of clean water and seeing his silhouette reflected in the water he saw that someone else was walking next to him, and He heard a soft sound, similar to the laughter of a child. Then Ebenezer raised his face and turned to discover that there was no one around him and thought, “It must be my imagination, the spirits have left me traumatized with their appearances the night before” then he continued walking, feeling that his whole body was overflowing of happiness.