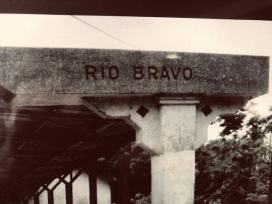 I continued to daydream about the adventures that I could experience when exploring the surroundings of the river, when the bus stopped abruptly pushing me forward while my head hit the back of the seat in front of me. My sister laughed at me and then said, “Good thing you woke up with a blow that happens to you because you are vomiting every time we travel.” Then she began to walk towards the exit of the bus, carrying my niece in her arms and I was walking behind her, because we had reached where we needed to get off. 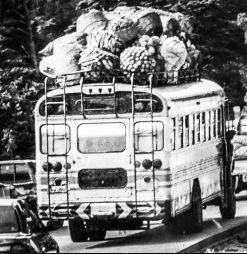 Immediately after getting off the bus my sister started giving me a series of instructions, “We are going to stay in a small house where we will be renting a room. The water is very cold and the first thing you are going to do is bathe because you smell of vomit, also, I don’t want to hear your complaints or hear you whining or crying because of the cold water. We don’t know anyone in this town, I don’t want you to go outside. And I don’t want you to be talking to anyone because you always end up talking to everyone including the dogs and telling them everything about us.”

I didn’t say anything and just kept walking behind her. When we arrived to the house where we were going to stay, we were met by Mrs. Lola, a lady of robust complexion, round face, badly styled, black short hair and her teeth were yellowish and the smile on her lips a mocking grimace. From the first moment I entered the house a chill invaded my body, the atmosphere was humid, cold and there was a strange smell in the air like decomposing flowers. 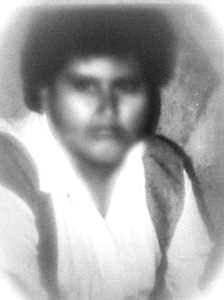 Mrs. Lola showed us to our room while she explained to my sister, “Girl, your husband is working, but he said he will be coming back today at about 6 p.m., I will prepare dinner for all of you and he said you have to wait for him here until he gets back.”

The room had no windows and not much light came in it was almost completely dark, so the humidity and the cold inside were very strong. There was not much furniture just a bed, an armchair, a cot, two chairs and a small table in the middle of the room with four large candles for us to light at night and when there were blackouts since those were frequent. Mrs. Lola looked at me from head to toe, her eyes penetrated my insides making me feel ashamed of my vomit stained clothes, then with her coarse face and her mocking smile she said to me, “Boy, you should bathe in the water stack. Do not go to the river to bathe and stay inside at night because “La Llorona” is always close by “, then she laughed with a sarcastic tone and added,” I’m leaving Girl, because I’m going to prepare dinner. “ 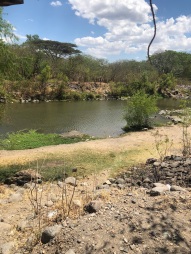 When Mrs. Lola left, I said to my sister, “I’m not going to take a bath in the water stack, here there must be a shower to bathe somewhere, besides Mrs. Lola dislikes me.”

“What happens is that you do not want to bathe, but you will not sleep here smelling of vomit,” replied my sister.

I looked in my suitcase for clean clothes and went in search of the shower, while my mind was filled with thoughts, since it was not noon yet, Mrs. Lola’s words sparked my curiosity and I thought, “Who prepares dinner before cooking lunch?” While walking I noticed that Mrs. Lola came out of a room that seemed to be the kitchen of the house and without thinking I went behind her and started following her. 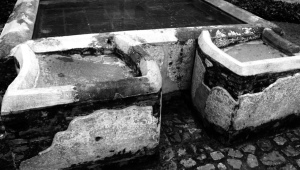 Mrs. Lola noticed my presence, but didn’t say anything, just kept walking towards the backyard, where there was a huge water stack built out of concrete, completely filled with water with two laundry areas located one on each side of it. Mrs. Lola carried a large pot that she held with her left arm, holding it against her body and a juice strainer in her right hand. The backyard of the house was large and there were several mango trees, the wind was blowing, but the atmosphere outside the house was hot which create it a great contrast between the outside and the cold and damp of the room where we were staying. 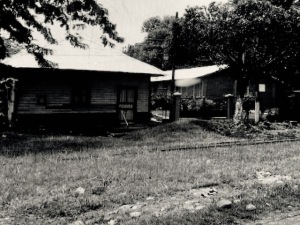 For a moment I looked everywhere and there was no one else around, so suddenly I changed my mind and started taking off my clothes grabbed a washbowl and began to bathe in the cold water of the water stack. Without saying a word out loud, I repeated to myself, “Come on Luis, the water is not cold, it’s just your imagination, you are also a warrior (Every time I have to do something that is very difficult for me to do, I repeat to myself that I am a warrior, a custom that I have adopted since I was a child and I still have do it)” 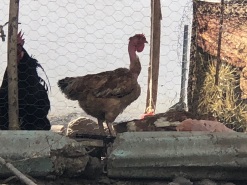 My intention when bathing with the water from the water stack was only to satisfy my curiosity and to be able to observe everything that Mrs. Lola was doing. Which was not very gratifying because Mrs. Lola began using a kind of molcajete to crush the black beans that were sewn into the pot that was currently placed on one of the sinks on the side of water stack. Then using a large spoon, Mrs. Lola passed them through the juice strainer to separate the husk from the beans. I was fascinated, it was the first time I saw someone grind beans in such a rudimentary way and without using a blender.

Mrs. Lola then shook her head and looked at me from under her shoulder and said, “Boy, you are very curious,” while scratching her head and extracting large lice with her dirty fingernails that she placed inside the pot of beans. Then with that grotesque grin on her face she showed 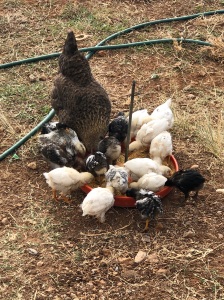 me her yellowish teeth laughing out loud, “Don’t worry today at dinner I won’t give you beans to eat.  At dinner time all of you will eat Hen. I will feed the beans for breakfast tomorrow when the special seasoning from my head has given them a good taste.”

Then Mrs. Lola approached me and, raising her right hand, she pointed at me with the big spoon she was holding and yelled at me; “The hen all of you are going to eat tonight is a fat hen  my friend Pepe sold to me that cannot be compared with how skinny and bony you are. ”

After hearing Mrs. Lola’s yelling my legs began to shake, and my heart was beating fast, but it didn’t matter what and how I felt I quickly picked up my dirty clothes and ran to the room where my sister was. 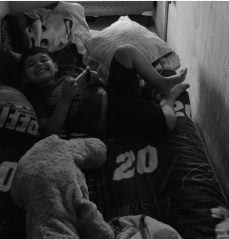