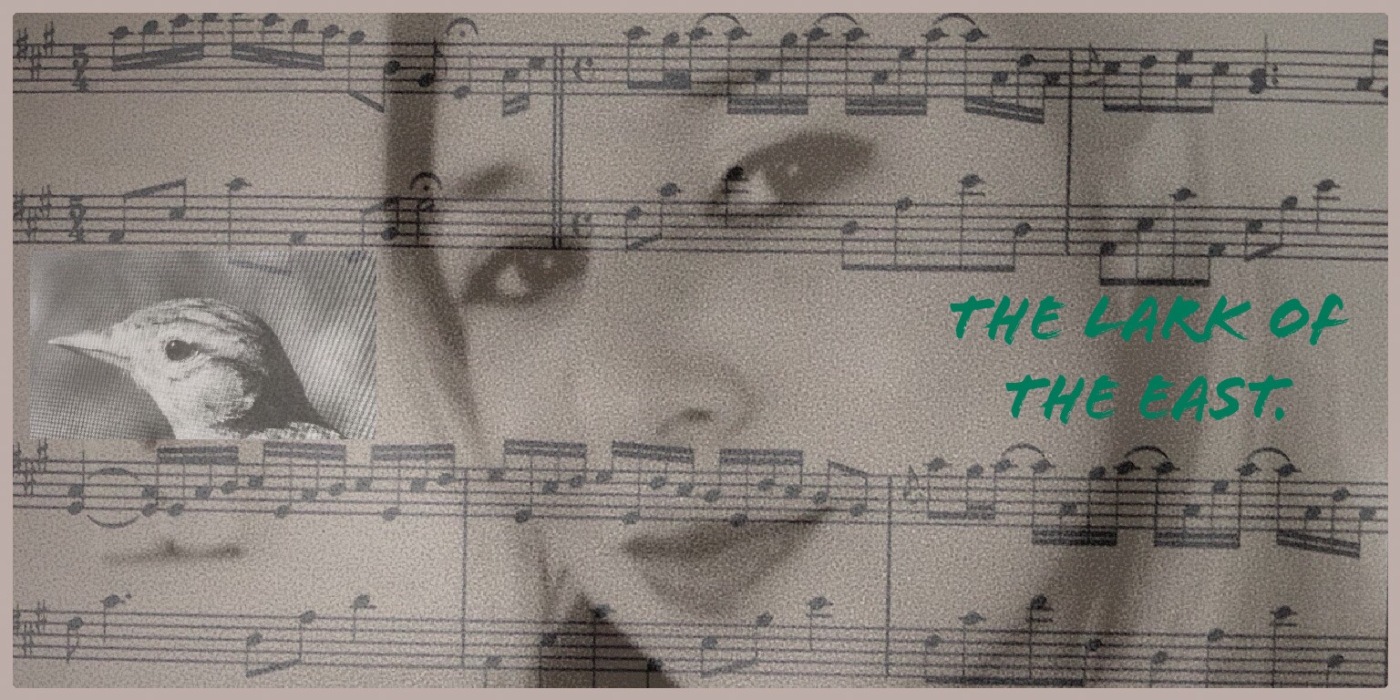 The cold morning wind moved gently in all directions over Lark’s body, which shuddered when the wind touched her skin, giving her the chills. The songbirds were heard in the surrounding environment and the first rays of the sun hit Lark’s face, hurting her closed eyes; forcing her into opening her sleepy eyelids that had been crusted shut by the small droplets of salty water that had remained between her eyes after she had shed many tears.

Feeling trapped in a never-ending nightmare, Lark vaguely heard the knocks at the old wooden door of the house. With clouded and blurred vision, her ears stunned by an incessant and distorted buzzing, Lark could not make out the voice or face of whoever was speaking to her. Then, raising her head a little, she looked up at the sky, where a sharp machete took flight, flashing its brilliance like the sparks of a fire that glowed as it cut the sunlight towards her; soon thereafter hearing the unmistakable sound of a metal blade striking the roots of the imposing ceiba.

Then she felt strong arms lifting her off the ground, watching as her beautiful hair was flung onto the ground and braided with the wooden roots. Lark was breathing with difficulty; her arms and legs had no strength. However, her nose breathed in the familiar scent that emanated from the body of the man who carried her in his arms, then with a cracked voice and unable to contain her stammering cries, “Dad!” Lark cried out as she passed out.

The old scene was repeated, the same steps advanced in time, where Manuel left the old house with his daughter in his arms, walking through the streets of Jutiapa until he reached his house. Where Hilda was waiting for him. There, Manuel let his fatherly despair unravel and, like a child, he cried over his misfortune as his tired arms were still holding his daughter. Hilda knelt and just like the first time she received Lark, she hugged them both, joining her cries to that of her husband’s, feeling the same pain.

Hilda helped Manuel to stand up and together, they walked to Lark’s room, laying her down on her bed. Hilda looked for scissors and trimmed the ends of Lark’s hair so that she would not look so bad after Manuel cut it off her hair with his machete, freeing her from her imposing ceiba tree. Lark remained asleep for several hours, Hilda staying next to her and observed that Lark’s belly was swollen, as if she were pregnant again.

When Lark woke up, she did not say anything; remaining static on the bed, with a sad and fixed gaze towards the window of her room where the garden of the house could be seen. During the following days Lark received much attention from her parents and siblings. However, she refused to leave her room. She felt very tired all the time, with sad spirit and no desire to participate in any activities within the house. Hilda insisted that they go for a consultation with the doctor, but Lark refused, feeling that everything inside her was poisoned with pain and suffering. Until one day the color of Lark’s skin began to change, taking on a pale yellowish color, while her abdomen continued to grow.

So, Hilda brought a doctor to the house. The doctor did not want to give a diagnosis but ordered them to perform

medical tests to determine Lark’s situation. Hilda was very worried because Lark looked haggard, weak and did not want to eat. That same day, Manuel took Lark to the medical clinic where they performed several tests. Lark was diagnosed with end-stage cirrhosis. The whole family suffered the bad news in silence. From that moment Lark did not speak again, being submerged in an immense sadness that overflowed through her eyes, piercing the hearts of her parents.

At night before going to sleep, Hilda would cover her between white sheets, placing a pillow under her back and another under her head. Every night when she was alone in her room, Lark looked at the garden in the backyard through her window, receiving the moonlight that dimly illuminated her room. And every morning, when the clock struck three in the morning, a small shadow was reflected on her bed; where the Sombrerón with a melodious voice serenaded her, singing next to her window. Then he would enter her room and stroke her hair, saying in her ear, “If you were mine, I would heal you.” Lark never answered.

Hilda continued to tear pages from the calendar. The months passed and Lark’s illness worsened. Until one day Lark spoke again while Hilda adjusted her pillows, “Please, don’t go, stay by my side tonight, don’t leave me alone.” Hearing her daughter’s plea, Hilda stayed in the room reading the bible and from time to time she prayed. Lark was serene, her face reflected peace, her mouth drew a slight smile. She suddenly raised her right arm and with her hand she clung to Hilda’s hand tightly; and at three in the morning her heart stopped, and her withered body expired, exhaling the final breath of life that freed her spirit from continuing to live in agony within her body.

The following days after Lark’s death, were dire, full of sadness. Hilda and Manuel’s hearts suffered the pain of her departure. For three weeks in a row every, night at three o’clock in the early morning, a melodious voice was heard singing next to the window at what was Lark’s room. Until one Friday, Hilda could not stand the serenade anymore. She got up without waking Manuel and went to Lark’s old room. No one had entered Lark’s room until that day. When Hilda opened the door, she saw a small shadow reflected on the white sheets and heard a voice say to her, “If she had been mine, I would have healed her.”

Feeling fury and helplessness Hilda grabbed a glass full of water that remained on the nightstand and threw it with force towards the patio through the window. Then she fell on the bed, all the sadness she felt in her overflowing in the form of tears until she fell asleep. Surprisingly, Hilda felt someone caress her face, then trying to look at who it was, she slowly opened her eyes. Hilda’s heart began to beat rapidly feeling a stupor that invaded her entire body. In front of her was Lark, radiating light. She was wearing a white dress with many tulle laces, her hair long once again, and she had it combed with white ribbons, full of flowers that exuded a delicious lemon scent. Her face was young and beautiful again. With her beautiful voice Lark said, “Hilda do not cry for me anymore, look at me! I am happy and where I am, I do not suffer anymore. Thank you for taking care of me. Thank you for giving me love. Thank you for giving me happiness. Thank you for being a mother to me. Always remember me with a smile in your heart and tell my father that my love for him remains constant, even though physical death, because my spirit is free, and I am happy. “

Then Lark did a couple of turns, spinning her beautiful white dress, as she walked to the door of the room telling Hilda, “I want to see my brothers, where I will say goodbye without waking them up, then I will kiss my father on the forehead.”  At that moment Lark was interrupted by a ghostly voice that came from the garden and entered the room through the window, “Lark, you can still be mine. You still could make a pact with me, so your spirit will be bound to me forever. “ 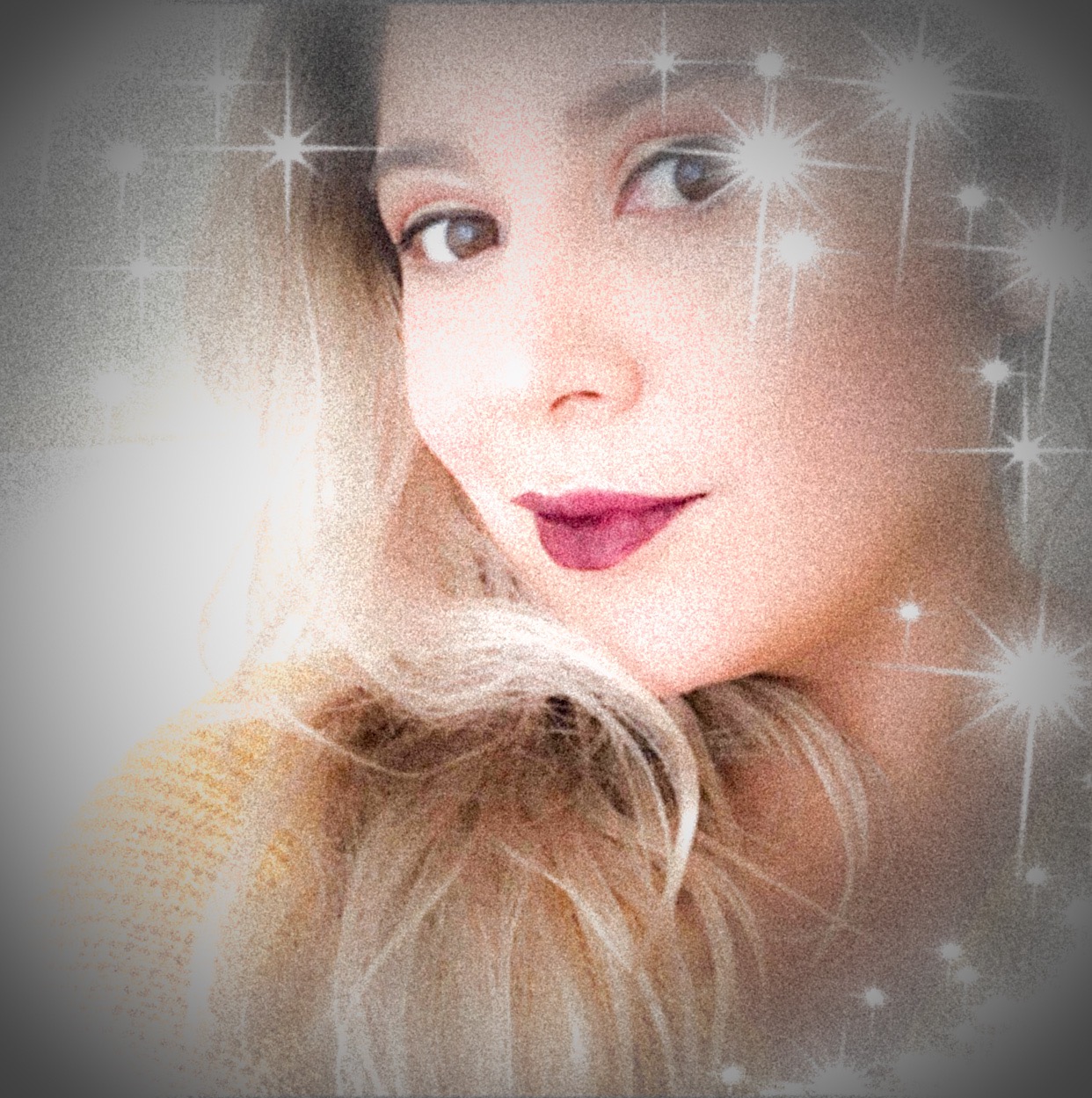 Lark with a smile on her lips replied, “I never belonged to you and I will never be yours, go away dark shadow because you can never hurt me again.”

Faced with Lark’s negative response, the Sombrerón shouted, his voice breaking the window glass, then he galloped away on his horse. Then Lark spread her wings and she sang in her melodious voice, fading into the radiating light, walking on golden stairs that led her to her new abode.

Since then, it is said, that in the streets of Jutiapa, every morning when the clock strikes three in the early morning, some girl from the town receives a serenade next to her window. But when the Sombrerón approaches to see her face, he becomes angry to discover that she is not the woman he loves. He then holds her by her hair and braids it at the head of the bed; riding away on his horse, galloping, to try and find another girl with the irreplaceable beauty of the Lark of the East, the one who could never love him; offering wealth and making a pact with men who allow themselves to be deceived into destroying the love of those who never learned to forgive.

Dedicated to the Beautiful Lark of the East; whose voice remains indelible in time, distance, and oblivion. Because she remains alive in the memory of all of us who had the privilege of seeing her dance in her tulle lace-covered dresses, spreading her melodious voice through the wind. 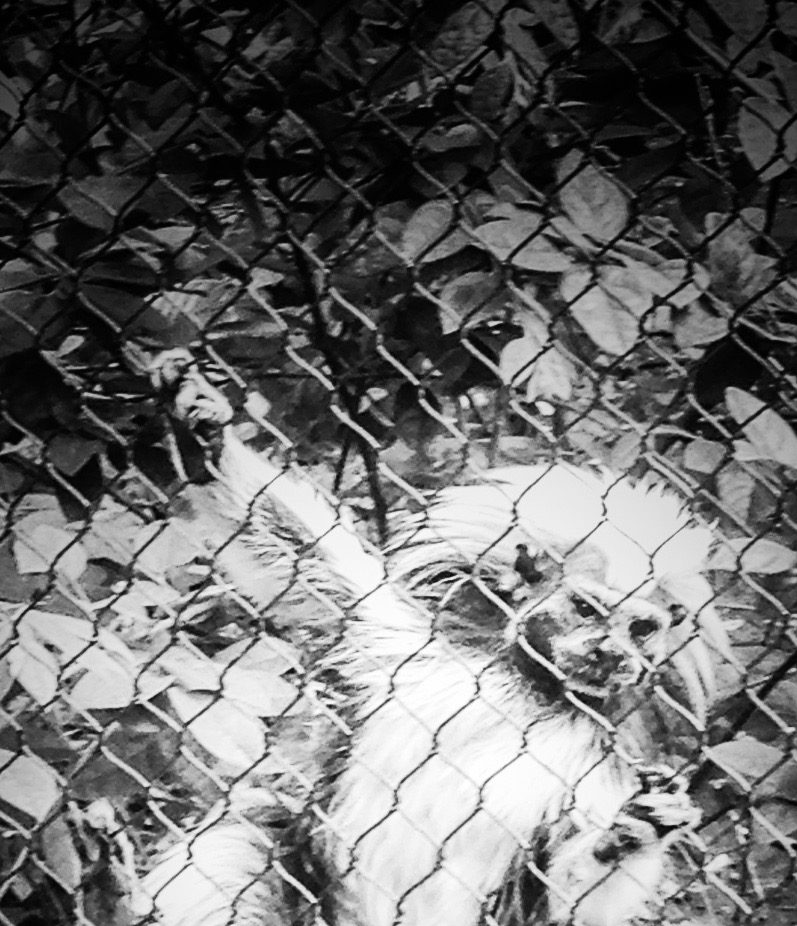 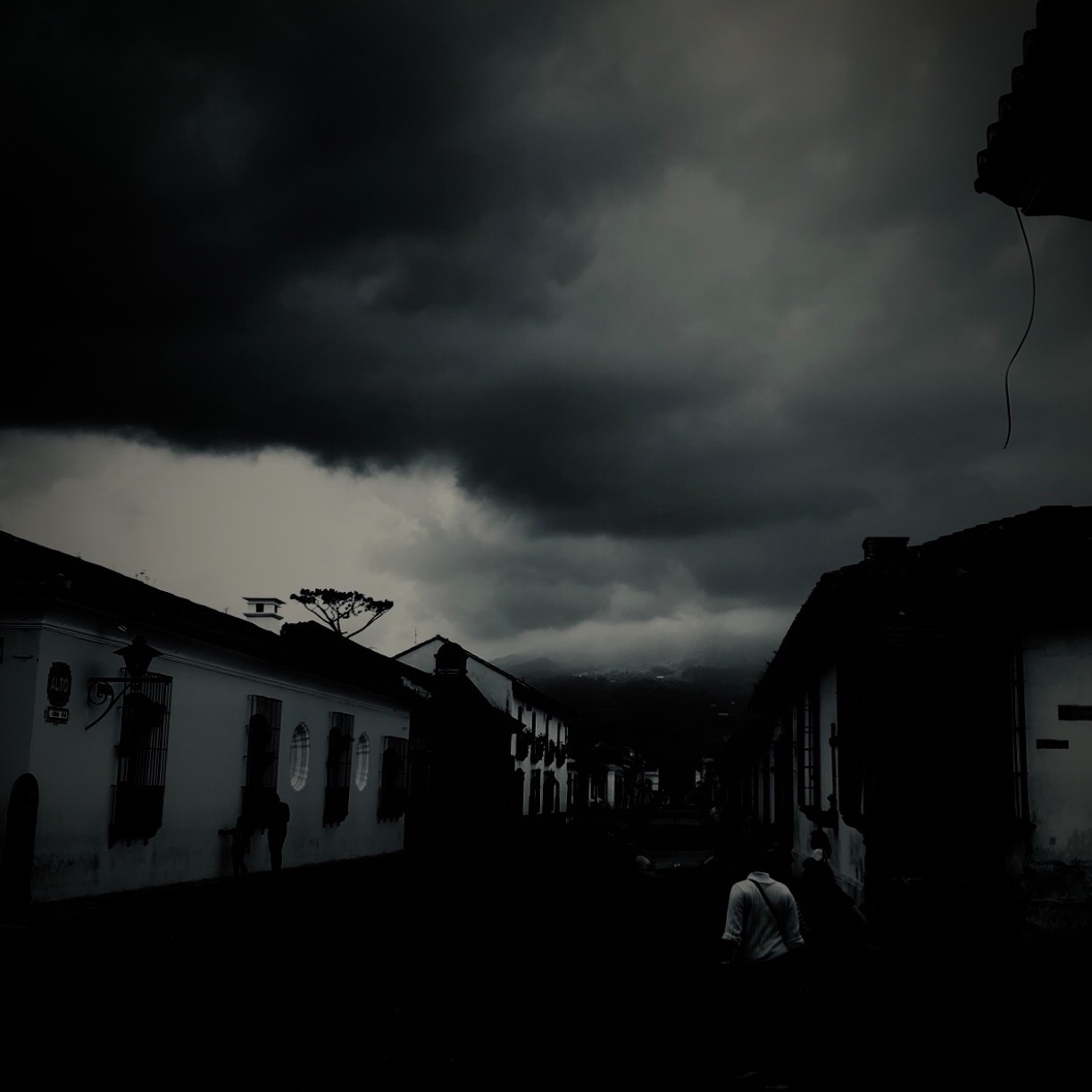 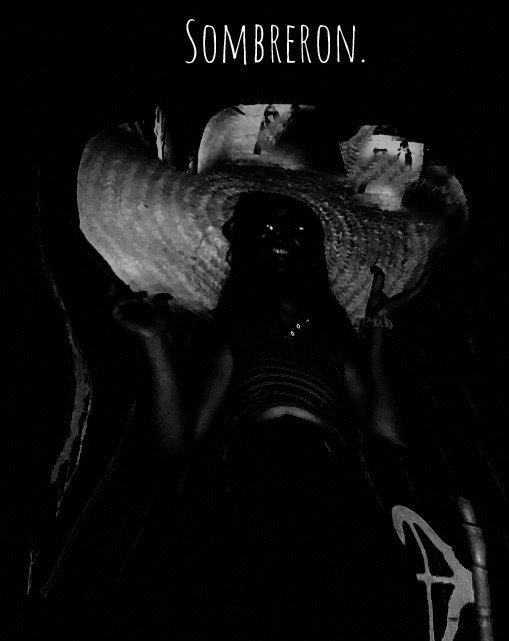 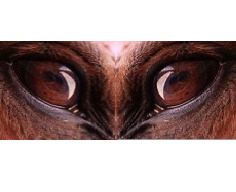