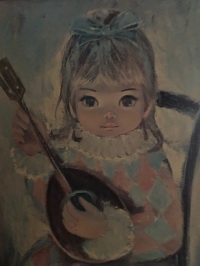 After experiencing a strange sensation upon hearing the voice of someone that was not there I looked up at the sky and the sun was already beginning to set with its intensity, the clouds were losing their bright color and the wind was starting to announce that the night was falling. So, I went back inside the house and the owner was in the living room waiting for me, as he approached me, I said to him; “I like the house! However, I can’t pay the rent and right now I don’t have the full amount for the security deposit”. I exclaimed; “thank you for your time, but I can’t rent this house”. 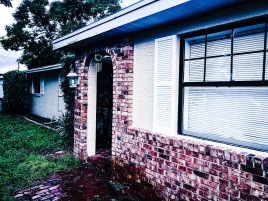 The owner looked at me and smiled while the words that came out of his mouth surprised me, he said: “You like the house and I like you! At first glance it seems to me that you are a good person. Tell me how much money do you have available? The difference in you don’t have you can pay it to me in monthly installments until you finish paying the security deposit and as for the monthly rent, I can lower the price. Well let’s talk and maybe we can come to an arrangement that favors both of us”. His words were music to my ears, the perfect house with a lot of room with the smell of new in the air in comparison to the small duplex where we lived. So, without giving it much thought we came to an agreement and signed the contract for the first year. Three weeks later we moved to the city of Ocoee, 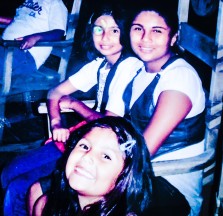 Florida, several friends from church helped me with the move. My daughters were extremely excited and happy, now each had their own room so with the help of my family we decorated the house completely, we furnished it and we began our fairy tale.

We had a normal life; we spent time with our neighbors, we attended our church functions, my daughters enjoyed going to their new school, I worked from Monday thru Friday and on weekends we met with my nephews to go out for walks and to go to Disney and Universal. My routine as I returned home from work was to buy dinner (I bought a specific meal for each night of the week), then I picked up my daughters from school. Upon returning home I made sure they did their homework and when they were done, they bathed and instead of wearing their pajamas they dressed up  in their school outfits that way it would be easier to be ready for the next day without having to wake up too early the next morning. 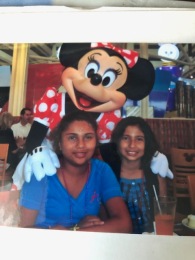 Our life was common as the life of any family uninterrupted from routine from Monday thru Friday with lots of fun on Saturdays and spiritual learning on Sundays. We were living in the house for approximately five months and one Saturday we were invited to a kid’s party and I knew we were going to be gone for some hours so we left the living room light on and the entrance light on so we wouldn’t be in complete darkness when we got back. That day went by as normal as usual with nothing to worry about, we had a lot of fun and ate a lot, after driving for a while we arrived at home and everything was in complete darkness. None of the lights were on. That seemed strange to me, however, I said to my daughters; “I am sure there was a blackout while we were gone and that’s why there was no light, probably all the light bulbs burned out”. As I was getting out of the car I said; “Wait here, I will go back inside and 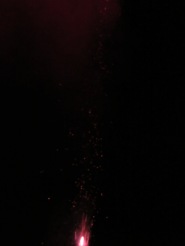 turned on the lights, so you don’t have to walk in the dark”. Then I put the key inside the lock and as I opened the door and entered the house, I couldn’t see anything, it was pitch black. I walked in cautiously keeping in mind where everything was located throughout the house so I wouldn’t bump into anything. I tried to turn on the lights but none of the switches worked when I reached the hallway, I heard a small voice that said to me; “Dad, I’m waiting for you”. I couldn’t recognized the voice, I couldn’t distinguished which of my daughters it was, but I reacted annoyed and said; “you must wait in the car, why don’t you listen to me? You can bump into something and get hurt”. Then I heard bare feet running into one of the bedrooms and smacking the door as it closed. Immediately, the house lights came on, on their own. I didn’t know what had happened so I went back to the living room and I could see my three daughters entering through the front door happily laughing as they joked and played around with each 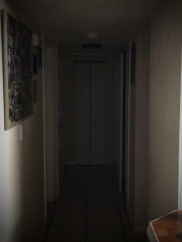 other. I was stunned but I didn’t say anything about it. I walked back into the hallway and checked each of the rooms and I didn’t find anything out of place in any of the rooms. My daughters turned on the TV and I told them it was time for bed because the next day we were attending church earlier than normal since the schedule had changed. As it was their habit, they started to ask me to let them stay up longer, but I didn’t give in. I gave the clock a quick glance and it was 10:30 at night when we all went into our respected bedrooms. I was really tired, so I fell asleep quickly. All the sudden, something woke me up I was in a dazed since I was still half asleep and I didn’t open my eyes when I felt someone tugging on my blanket by my feet. Assuming that it was one of my daughters tugging the blanket, with some effort I opened my eyes to realize that there was no one there. Then I heard a crying coming from the living 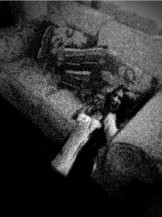 room without turning on the lights I walked out of the bedroom and I noticed that someone was sitting on the edge of the sofa, crying and covering its face with its hands I walked to the light switch turned on the lights and when the lights came on I turned around and there was no one. Anyways the crying could be heard coming from the hallway. So, I took a few steps forward to see which of my daughters was crying but all the doors to their rooms were closed. For a second time I opened the doors and they were sleeping peacefully in their respective rooms. So, the next day I asked them if any of them had felt bad the previous night or if one of them got up for some reason. I also ask; were any of you crying last night? But they answered “no”, they all said that they had fallen asleep quickly. I tried 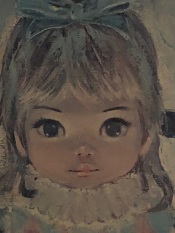 to not give any thought to what had happened the night before, so that Sunday after attending church while driving back home, I had decided to go to the store and purchase 3 night lamps, which I placed strategically throughout the house so that at night time when the lights were off we wouldn’t be in complete darkness.