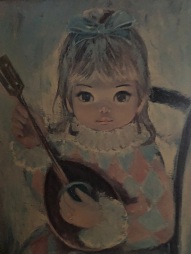 When I see you, I can’t never tell if I’m awake or asleep. There is a chill running through my body, and I get goosebumps as I see your reflection in the mirror. Although you are not physically by my side, you are the twinkle in my eyes that as photographs they reflect your face in my pupils. Since you came into my life…You became the twinkle in my eyes.

It is difficult for me to talk about my life, it is not as easy as some of my friends might think. They think that since I like to write it is simple for me to express the events that surround my life. However, that is not the case, for the first time I am going to write about the girl I’ve called “the girl in my eyes”. Who became my fourth daughter as she moved into our home after my divorce.

In June of 2009, I was living in a duplex in Winter Garden, Florida. It had two bedrooms; one bedroom was mine and the other bedroom was for my daughters to share. We didn’t care that our home was small, we constantly strove to create unforgettable memories and pleasant moments. The duplex was located near the downtown area, making more places accessible to us. For example, the Hispanic grocery stores, supermarkets, gas stations and the public library. Also, next to it was a park called “Veterans Park”, where we celebrated many birthdays, had picnics with family and friends, practice different sports or simply just played and had fun.  Additionally, we liked going on walks through the streets of Winter Garden, which were always full of colorful flowers. We visited a farmer’s market on Saturdays and that is how we frequently enjoyed ourselves. For a long time, it seemed as if the duplex was enough for us, however, as my daughters grew up and got older 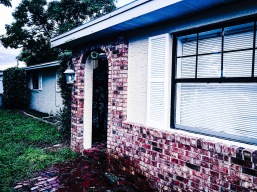 the need to find a bigger house became greater. One day a friend of mine told me about a house for rent, that was vacant and had been recently remodeled, the monthly rent was within my means of income and this is what he said: “It is the perfect house for you and your daughters!”, He continued: “It has four bedrooms, a pool and it is located inside a friendly and safe neighborhood”. My friend sounded so excited describing the house to me as if he was trying to spark my interest in it. So, I asked; “Are you going to get a commission for renting the house?” And his response was unforgettable; “no, but I know you will be happy in that house and your happiness will be my reward”. On that same day 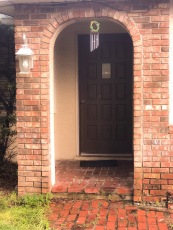 in the afternoon, when we left work, I went with my friend to see the house. While I was driving, I thought of how far the house was from everything we liked and enjoyed and that the road and the directions were complicated and difficult to remember. My thoughts were so negative that I was making the anticipated decision to not like the house nor the neighborhood. After driving for more than 25 minutes, there I was in front of the house. It was painted in a soft tone of cream with brown bricks all along the facade of it with a spacious driveway. A majestic tree casting a splendorous shadow over a grassy area, ideal for in house picnics. The brown wooden main door made my eyes opened wide and sparkle with joy and excitement. When I opened the door and stepped inside, I thought I heard a sound drifting in the air at the same time a warm feeling was making the hair on my skin bristled with every step I took. A study room, a master bedroom with its own private 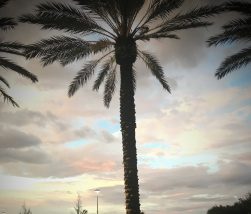 bathroom, two bedrooms, a family room with a fireplace, a spacious laundry area with plenty of room to accommodate an extra bed for guests and to decorate, a dining room, a kitchen and a room covered in windows facing

the pool and the backyard with palm trees and with an area suitable for parties everything indicated that It was the perfect house. Yes, in fact it was the perfect house! Until the owner told me how much rent was, the amount of money exceeded my budget. It was too much, it was above my means. After hearing how much I had to pay for rent plus the security deposit to be able to live in that house I folded my arms and sighed deeply without 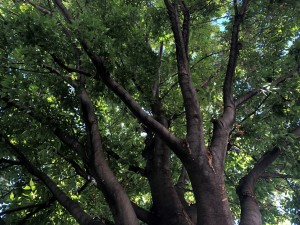 saying a word I began to walk around the house again and then I went outside to the backyard, where I approached  the pool and as I crouched a bit and began to touch the water I exclaimed: “How would I like to live here, but I can’t, my income doesn’t allow it. Although I must admit it was exciting to think that I could live here in this house. It was amusing to be here even though it was only for a moment”. And then I hung my head, closed my eyes and at that moment I felt a soft but firm grip on my shoulder without the heat, a cold firm hand and then someone whispered: “You like this house and I like you”, it’s cool breath near my ear made me jump up and as I stood up, I turned to see who was talking to me and I was astonished to realize that there was no one around me.